Salman, Govinda to pair up in next David Dhawan film 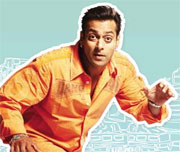 Even though his latest film “Maine Pyaar Kyun Kiya” drew opposition at many places because of Salman Khan’s tape controversy, Comedy king David Dhawan is pairing up the controversial hero with Govinda in his next film.

Dhawan, who has just wrapped up another comedy “Shaadi No. 1” for producer Vashu Bhagnani, has already begun work for the new project.

“I have signed my two favourites – Govinda and Salman Khan for my next film. It will be produced by Salman’s brother Sohail’s production”, Dhawan said, thereby dismissing speculation about his association with the two actors, for whom the stars have not been burning bright of late.

As speculation about the loyalty of Salman’s friends abounded after the tape controversies, it was time for Dhawan, one of the Salman loyalists, to pull out his trump card. 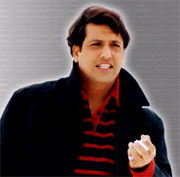 “You could say that if you want,” said Dhawan. “And please don’t forget, Govinda is my absolute favourite. You may think his life and career are under a cloud. But you mark my words. He will come back with my film.”

Interestingly, Salman and Govinda have never been paired together before. “They will make a dhamaal jodi. Absolutely the jodi no. 1,” claimed Dhawan.

The film rolls in November. “I have not finalised the script. We are now working on all the details. All I know at this point is that it will be full-on-fun film.”