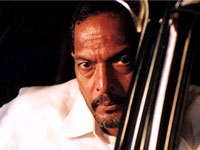 The 36th International Film Festival of India (IFFI 2005), to be held in Goa from November 24 to December 4 , will see the premiere of Prakash Jha’s next after ‘Gangaajal’ , the Nana-Ajay-Bipasha starrer ‘Apaharan’ . The lead actors of the film are expected to be present at the event . The movie that is slated to release on December 2 will be premiered a day earlier at the festival , that is December 1 . Meanwhile , the chief guest will now be the South superstar Chiranjeevi instead of megastar

Amitabh Bachchan . It seems like the information and broadcasting minister Jaipal Reddy had objected to Amitabh’s name due to political reasons (closeness to the rival political party of Mulayam Singh Yadav) .