Kunal Khemu, who worked as a child artiste in Mahesh Bhatt’s “Hum Hain Rahi Pyaar Ke” (HHRPK) and “Zakhm”, is set to make his full-fledged acting debut in “Kalyug”. 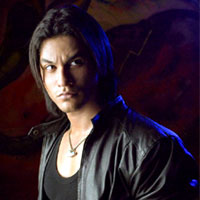 “It is a dream debut considering that most actors have to start off with conventional love stories for their first film,” says Kunal about the film, being made by Vishesh Films.

Commenting on his long association with Bhatt, who had made “HHRPK and “Zakhm”, Kunal says, “Working with the banner of Vishesh Films and Mahesh Bhatt is like returning home after a long time, except that this time I am a matured adult with a better perspective of the world.”

It all started when Bhatt called him up and told him that he was seriously considering casting him in his next film. The 21-year-old, who had just finished his college, grabbed the offer.

“It was something that I had been awaiting all the time. I knew Mahesh Bhatt all along after having worked with him in ‘HHRPK’ and ‘Zakhm’. I had kept in touch with him all these years and it was a challenging role by all means,” he adds.

Kunal was made a part of the team from day one. Bhatt asked him to participate in all the story sittings and discussions. “I got thoroughly acquainted with my role in the process. Besides, I began to share an excellent comfort level with director Mohit Suri over a period of time,” he recalls.

Did the comfort level help when it came to performing the bold and steamy scenes in the film?

“There are a few bold scenes in the film which are consequential to the storyline, but the question of being uncomfortable did not arise simply because I looked at them as a professional. I looked at it as the demand of the script and went with it,” justifies Kunal.

So what does he think of the other blue-eyed boy of the Bhatt’s, Emraan Hashmi, and the image that he has come to acquire? “That is his persona. Apart from that he is a talented actor in his own right who has his own set of priorities,” he retorts rather tactfully.

Kunal has already created a niche for himself in the Bhatt camp and has bagged another project of the banner. “It is a bit too premature to talk about it,” he says.

Kunal clarifies that he is open to working with other banners and says, “I am here to do a lot of good work which may or may not be with Vishesh Films but Mahesh Bhatt will always remain a mentor who introduced me to acting as a child artiste and now as an adult.”