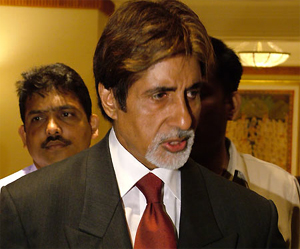 Superstar Amitabh Bachchan has denied that he wants to hack a tree that is blocking the way to his office here, clarifying that he only wishes it to be relocated.

On Monday, a local paper carried a front-page report on residents of Juhu being angry about a tree that Bachchan wants to “hack” down in the premises of his new office, Nyoma, in Juhu.

According to the report, the whole of Juhu was determined to save the tree.

Bachchan, who is currently shooting for Apoorva Lakhiya’s thriller in Bangkok, was more exasperated than amused.

“Yes, it’s a tree, and a lovely tree, but it’s blocking the gate to my office. But we’ve no intention of ‘hacking’ it. Hacking is for computer crooks, not for law-abiding citizens,” Bachchan told IANS.

So what are his plans now regarding the tree? “If we get a written consent we shall remove it from the driveway and relocate it a few feet away. If we don’t get the consent we’ll let it be. Where’s the controversy?

“The municipal authorities have come to inspect the tree at our request. Further instruction from them is awaited. That’s it. Tamasha over. Now could we all go back to do doing our work?” a clearly irritated Bachchan asked.

“How did the media come to presume that I am guilty of anything improper? Would it be such an issue if a celebrity weren’t involved?”

“For the kind information of those who are protesting about a perfectly normal domestic issue rather than a major environmental issue, we’re doing nothing illegal or surreptitious.