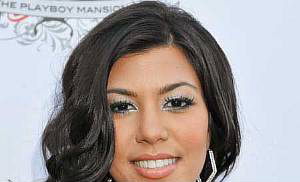 Her lesbian antic, which took place in a Miami nightclub, was captured on camera.

The 30-year-old now feels embarrassed about the incident.

, Kourtney and Khloe Take Miami, which she shares with her sister, Khloe.