Ritu Beri to tie the knot 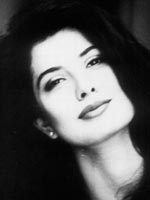 Will she, won’t she… while designer Ritu Beri continues to deny her marriage plans, her friends confirm that she is set to tie the knot with longtime beau Bobby Chadha on November 26 or 27.

The families are apparently already in celebration mode and arrangements for the wedding are being made in New Delhi.

“The venue of the wedding hasn’t been decided as yet,” reveals a close friend of the designer.

“This is the wedding season and all the hotels are booked. Most probably, the wedding will be at a farmhouse. The couple is still looking for a place. Ritu is currently in Paris and the family is making arrangements.”

Chadha, 47, garment exporter and reportedly a divorcee, has known Ritu for over three years. While Chadha is believed to have been keen on marriage for some time now, Ritu was indecisive. Now, she has finally decided to take the plunge.

“On November 24, there will be a dance party where the best of DJs and spirits will add to the fun,” says another friend of the designer.

“Ritu is very excited about the wedding. I feel very happy for the couple who, I believe, are in discussions with wedding planners to finalise everything. I’ve read about Ritu denying the wedding in the media, but this is for sure – she is getting married.”