Ricky Martin to perform at the Taj 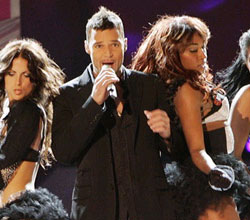 WASHINGTON: Latin singer Ricky Martin has announced that he plans to perform at the world’s greatest monument to love, the Taj Mahal.

Other locations at which the ‘Livin A Vida-Loca’ star plans to perform are the Eiffel Tower in Paris, the Coliseum in Rome, the Great Pyramid in Cairo, Egypt, and the Parthenon in Athens, Greece, according to Contact music .

The performances are being held for the benefit of UNICEF’s Unite for Children, Unite Against AIDS campaign, as well as Youth AIDS and the Ricky Martin Foundation.