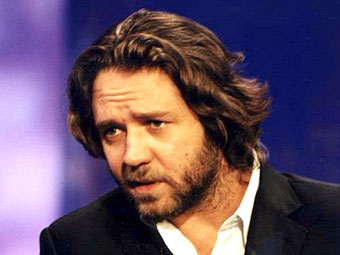 Oscar winning Hollywood star Russell Crowe was arrested in New York on Monday and charged with assault after allegedly hurling a telephone at a hotel employee, a police spokeswoman said.

Police were soon called to the swanky Mercer Hotel in SoHo, downtown Manhattan.

“Upon arrival, it was determined that Russel Crowe threw a phone at a hotel clerk,” the spokeswoman said, adding that the employee had been treated in hospital for a minor cut to the face.

The notoriously short-tempered Crowe, 41, was apparently angry at being unable to put a call through to Australia.

Crowe, who was in New York to promote his latest film “Cinderella Man,” was due to appear in criminal court later Monday.

The Australian actor won a best actor Oscar in 2001 for his portrayal of Maximus in “Gladiator.”