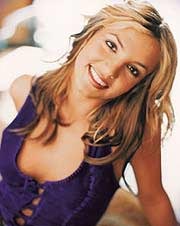 The ‘Toxic’ star has booked the entire Four Seasons Hotel in Hawaii to ensure that her new hubby, she and their friends can have a blast. The guest list includes stars like Madonna, Ben Affleck, Jennifer Garner and Scarlett Johansson.

The ‘Everytime’ singer will also try to ‘forgive and forget’, and extend an olive branch to ex-boyfriend Justin Timberlake and archrival Christina Aguilera.

“Britney has reserved the whole hotel for her party next week. She wants to celebrate her marriage and, because her wedding was a very quiet affair in the end, she feels she wants to share her special new life with more people,” the Daily Star quoted a source as saying.

“Britney is a real party girl. She loves to have a good time and wants to throw the party of the year for all her friends to enjoy,” the source added.

“Nobody else is allowed near the hotel, not even to have a meal in the restaurant,” confirmed a hotel insider.