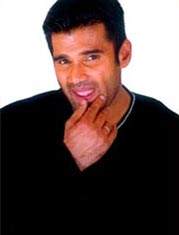 Desperate situations ask for desperate measures. Now, imagine reviving a film that began twelve years ago? That’s what producer Manoj Nandwani plans to do. He has taken over a film titled Do Chehre from earlier producer Jagjit Suri. Do Chehre was launched twelve years ago with Sunil Shetty, Raveena Tandon and Kiran Kumar in the lead. However, Sunil Shetty has refused to work in a twelve year old film stating that his services are not transferable from one producer to another. In a complaint filed with the film producer’s association, Nandwani has claimed that he is ready to pay Shetty his price if he completes the shooting and dubbing of the film. Albeit, Nandwani is not ready to pay Shetty’s current market rate as that would be unaffordable for this much-delayed film. If Shetty does not comply, the producer would alter the story line where the film would show Shetty meeting with an accident that mutilates his face, which undergoes a change after plastic surgery. Saahil Khan would replace Sunil in the film. A good way out, must say!