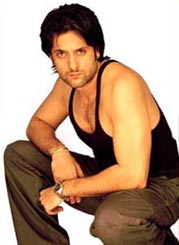 Trust producer Vashu Bhagnani to come up with something unique everytime. The launch of his new film will see the coming together of cousins Fardeen Khan and Zayed Khan for the first time. The film is to be directed by David Dhawan. Vashu is currently busy completing the shooting of Vaada with Zayed Khan in the lead. When asked about the Fardeen-Zayed film Vashu said, “There are a number of options I’m working on. Give me time and I will let the media know about the cast of my next film,” he told the press. But he neither admitted nor denied the Fardeen-Zayed star casting coup.