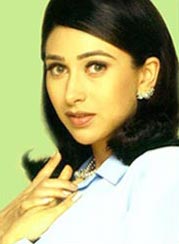 Kareena may have denied it a zillion times, but the cat is finally out of the bag. After Madhuri and Raveena it is Karisma! Yes, the Kapoor lass is four months pregnant and the news has made her and hubby Sanjay Kapur ecstatic. Shooting for the last episode of Karisma – A Miracle Of Destiny, she said that she planned to go to Delhi. “But I will miss the serial. We were like family. I had a ball shooting for it,” she said. She added, “I have worked for nearly 15 years. It’s time that I do what I like! I’m waiting to be a mother. I want a healthy child immaterial of whether boy or a girl,” she said.