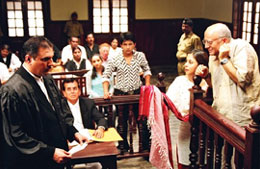 Professor Uttam Chaudhary (Anupam Kher) is a retired Hindi teacher who lives with his daughter (Urmila Matondkar) and young son in the city of Mumbai. He is suffering from what is laughingly called ‘old son’ ? brief periods of forgetfulness, blanks in memory. Little does anyone realize that the problems are much deeper, and that this is just the beginning of a journey that will end in a man becoming a prisoner of his mind. 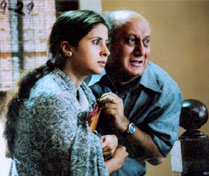 As his memories start to fade, a childhood trauma surfaces ? a memory of being accused of murdering Gandhi. The more his life is whitewashed, the stronger this one memory remains.

In the middle of this professor Chaudhary’s daughter is a positive force. A single woman, working not only to support the family monetarily, but is also the only lifeline that can save her father from drowning in the universe his mind is creating.

The film structures the narrative by telling a simple story of a man’s illness and his daughter’s love, understanding and commitment to find her father’s treatment, overcoming a host of problems through her faith and determination.