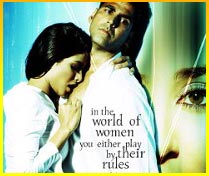 In the accused box of a courtroom stands a man, startled and shocked that destiny could lead him there. Only some time back Raj Malhotra had the world at his feet. None could point a finger at him. Today, he is accused of the most heinous crime. 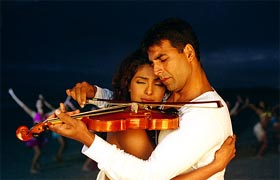 It all starts when he met Sonia again. A blast from his past, he was aware that she knew only one way to give and that was her way!!! And one fateful day things do not go her way.

Now his most prized possession, his honour, is at stake. He finds himself helpless in a world that is called a MAN’S WORLD! At the mercy of a woman who puts to use her most effective weapon.

But the doors of justice are waiting to be knocked. The dram has just begun. The Court is far from adjourned.

Law ordains that one is innocent until proved guilty. But strange is the fate of Raj, which makes him guilty until proved innocent.

Priya is the epitome of a dream companion. Her love and stoic support towards Raj are his biggest trump card. Unshakable in her resolve, she knows how to play her part in a game of manipulation.

The devious shadow that threatens to put Raj’s honour at stake, finds an adamant Priya at the opposing end… And from a content woman, Priya becomes a woman with a mission that she must accomplish. She is now Raj’s partner in more ways than one.

The complainant is the fascinating and focused Sonia. She believes that goals are meant to be achieved. Namely her goals. Whatever the price!!!

Indeed, if money makes the world go round, a woman can bring the world to a standstill. Wonia succeeds in brings Raj’s world to a complete stop for reasons that go beyond the expected diginity and grace. Her mantra is clear. Nothing shall come in between her wants and desires.

Careful, convincing and conniving Ram Choitrani is a perfect foil to the prosecution lawyer. As the defence lawyer, he faces Mr.Patel in the confines of the court with aplomb.

But little does he know that he will get embroiled in a fateful web from where there is no way out.

The prosecution lawyer, Mr.Patel is as shrewd as he is foxy! He does all in his power to create a win-win situation for his clients. The truth is absolutely incidental where he is concerned.

Success has a strange affinity towards him. Now he is involved in a case as controversial as can be. Will success be his yet again? Or is he in for a surprise?

Ranjit Roy is the accused’s boss. He also shares a brow-raising relationship with the complainant Sonia. He is a mere pawn in the hands of Sonia and it is by virtue of this, that many lives are thrown out of gear. Can he afford to ignore the situation that he is in, or will he just accept it?