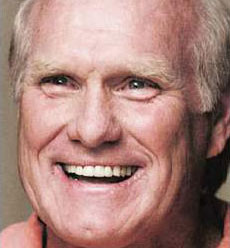 “Failure to Launch” is a comedy that appears to be inspired by an afternoon talk-show investigation of those who refuse to leave the nest and live with their parents well into adulthood.

It seems that some parents are not that enthusiastic about the idea, but what to do?

This is necessary because Tripp, a boat salesman who has a support group made up of outdoors-loving pals Ace (Justin Bartha) and Demo (Bradley Cooper) — who also still live with their folks — is way beyond commitment-phobic.

Enter Paula (Sarah Jessica Parker), a successful interventionist with a works-every-time strategy. With the help of Tripp’s parents, she learns everything about her subject, from his favorite foods and sports teams to what he really desires in a woman. Then she turn herself into the partner of his dreams, thus seducing him right out of his boyhood.

About now, you might be thinking: “That’s the most absurd premise for a romantic comedy I’ve ever heard,” followed by: “I think I can guess how this turns out.”

You would be right on both points, but that does not prevent writers Tom J. Astle and Matt Ember, whose sitcom backgrounds are woefully apparent, from trying to write their way around a silly premise and obvious outcome.

Distractions come in the form of Tripp and friends’ rock climbing and swimming-with-the-dolphins excursions, all of which end with him being bitten by an unlikely creature, and time spent with Paula’s surly and disapproving roommate Kit (Zooey Deschanel).

If “Failure to Launch” proves somewhat easier to sit through than this description suggests, there could be two reasons for that as well: One, you agree with People magazine that McConaughey is the sexiest man alive (if one of the worst choosers of movie roles). Or two, you find Parker exceedingly easy to waste your time with.

Though she has only her seasons of “Sex in the City” to prove it (and her recent work in “The Family Stone”), Parker has both the timing and physicality of a good comic. And while neither she nor director Tom Dey has anything real to work with, Parker does occasionally make us forget that “Failure to Launch” is so bereft of comic ideas that it ultimately stoops to giving Terry Bradshaw a nude scene to milk a laugh.