“I will never allow anyone else to dub for me again.” – Aftab Shivdasani

“I will never allow anyone else to dub for me again.” – Aftab Shivdasani

After the release of of Vikram Bhatt’s Ankahee, actor Aftab Shivdasani seems to be keeping a low profile. ‘That’s because I was away on a family vacation to New York with my sister and brother-in-law for two weeks and I had an awesome holiday,’ he explains. 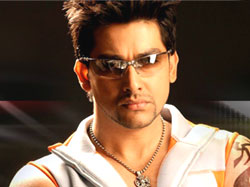 Wasn’t the fact that Ankahee crumbled so unceremoniously a dampener to his vacation? ‘Not at all! I enjoyed myself thoroughly. I admit I’d have enjoyed my holiday more if I had gone with a hit to my credit. You cannot let success or failure control your moods,’ he says.

Aftab feels the fact that he didn’t dub for Ankahee took away from his performance. ‘Vikram and I had huge arguments about this. But I finally relented. He wanted my character to speak in his (Vikram’s) voice, and I went ahead with it. Ankahee is my second film with Vikram after Qasoor, where he has dubbed for me. But now I’ll never allow anyone else to dub for me.’

At the moment Aftab is banking completely on Vikram Bhatt’s Red. ‘It’s the only film I’ve chosen to do. It’s not a dark film like Ankahee, it’s a romantic thriller where I play a guy who undergoes a heart transplant. I’d rather do one film that allows me to experiment as an actor than five which expect me to repeat myself,’ he says.